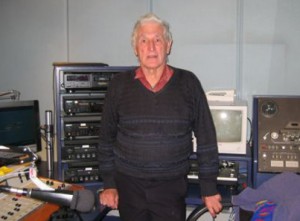 Austria is my native land. I was born there in 1934 . My trade is brick masonry. I learned this trade before I immigrated to Australia. In 1956 I decided to travel by ship to Australia. Six weeks after my arrival, the job office found work for me. Since then I have worked as a brick mason until my retirement in 1997. Eleven years ago, I heard about Esperanto and decided to learn it. For two years I have worked with the Esperanto radio broadcast. For me it is a joyous thing. 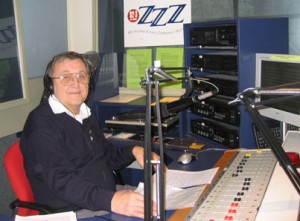 I was born in Hungary on May 6, 1942. I arrived in Australia in 1969. First, I worked in factories. In 1977 I worked in a hospital as an assistant. After I successfully studied to become a nurse and took care of physically or intellectually handicapped people. I first worked in radio 3ZZZ in the framework of the Hungarian program. I learned Esperanto in 1999. The former presenter of the Esperanto program, Svetislav Kanacki invited me to enter the team, but only since my retirement in 2005 have I enjoyed more free time and spend more of my time on the radio. Despite an important operation in 2006, I am pretty healthy and can enjoy working. 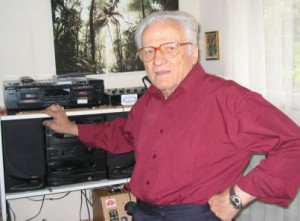 I was born on February 26, 1926 in former Yugoslavia. My first contact with Esperanto was in 1955 in Coper ( Capod’Istrio ), but because of my profession, a tailor, I could not devote enough time to a true possession of the language. During my stay in France, I became a member of the SAT. Later in Australia in 1972, I began regularly visiting the Melbourne Esperanto Society. During the Pacific Congress in 1976, I first met foreign esperantists and realized that I could already fluently communicate in Esperanto. When I happened to hear about the creation of a new ethnic radio station in Melbourne, I called to try and introduce a program in Esperanto. The program gradually evolved to the current presentation of the broadcast. 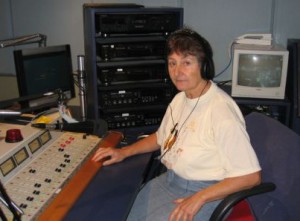 French is my mother tongue because I was born on February 14, 1943 in Brittany (France). My life followed a regular pattern: I studied, got married, gave birth to four children, and financially supported the family, working in various countries as a teacher of foreign languages, particularly French and English. I never imagined when I learned Esperanto in 1989 that this language would lead me to Australia, but here I am, from 1996. When I arrived, I heard that the Esperanto radio program lacked collaborators. It was for me an opportunity to learn something new, so I enthusiastically joined the team. Thanks to this work, I meet people from diverse backgrounds within the radio and I expand my Esperanto circle. 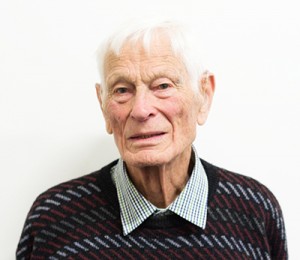 Marcel was born in Amsterdam, in the Netherlands, learnt Esperanto in 1934 by radio lessons, and visited his first international Esperanto congress in 1935 in Paris. In 1936 he toured through France on a heavy bicycle for 5 months, visiting Esperanto clubs and meeting many Esperantists, including Gaston Waringhien (several times) and Lydia Zamenhof, the daughter of the creator of our language. After that Marcel taught Esperanto and until the world war, distributed a monthly 20 page political magazine in Esperanto. After the war, in Australia, he was twice Vice President and twice President of the AEA, and taught the language in many summer courses (and organised four of these). For many years he was responsible for the Australian language committee, and he also wrote and made official three new exams and four study books for the six exams. Additionally, Marcel has written a 300 page linguistic book about Esperanto and its grammar and word formation (“Lingvaj Resondoj”). 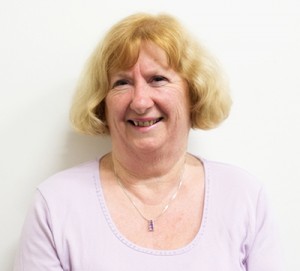 I first learned Esperanto in 1964 at the Melbourne Esperanto Club which was then located in Richmond. After marrying another Esperantist (Ivan) in 1967 we started our own club in Boronia. This continued successfully for several years until the pressures of work, study and children forced us to discontinue. Ivan and I returned to the Esperanto world in 2004 and shortly after became active members in the Melbourne Club as well as the Australian Esperanto Association. Since that time we have taken part in most of the Universal congresses around the globe. My profession was psychology, but now retired, I have found time to become part of the team at 3ZZZ.